Wondering why Ruby is so popular? Its fans call it a beautiful, artful language. And yet, they say it’s handy and practical. What gives?

The Ideals of Ruby’s Creator

Ruby is a language of careful balance. Its creator, Yukihiro “Matz” Matsumoto, blended parts of his favorite languages (Perl, Smalltalk, Eiffel, Ada, and Lisp) to form a new language that balanced functional programming with imperative programming.

He has often said that he is “trying to make Ruby natural, not simple,” in a way that mirrors life.

Building on this, he adds:

Ruby is simple in appearance, but is very complex inside, just like our human body1.

Since its public release in 1995, Ruby has drawn devoted coders worldwide. In 2006, Ruby achieved mass acceptance. With active user groups formed in the world’s major cities and Ruby-related conferences filled to capacity.

Ruby-Talk, the primary mailing list for discussion of the Ruby language, climbed to an average of 200 messages per day in 2006. It has dropped in recent years as the size of the community pushed discussion from one central list into many smaller groups.

Ruby is ranked among the top 10 on most of the indices that measure the growth and popularity of programming languages worldwide (such as the TIOBE index). Much of the growth is attributed to the popularity of software written in Ruby, particularly the Ruby on Rails web framework.

Ruby is also completely free. Not only free of charge, but also free to use, copy, modify, and distribute.

Seeing Everything as an Object

Initially, Matz looked at other languages to find an ideal syntax. Recalling his search, he said, “I wanted a scripting language that was more powerful than Perl, and more object-oriented than Python2.”

In Ruby, everything is an object. Every bit of information and code can be given their own properties and actions. Object-oriented programming calls properties by the name instance variables and actions are known as methods. Ruby’s pure object-oriented approach is most commonly demonstrated by a bit of code which applies an action to a number.

In many languages, numbers and other primitive types are not objects. Ruby follows the influence of the Smalltalk language by giving methods and instance variables to all of its types. This eases one’s use of Ruby, since rules applying to objects apply to all of Ruby.

Ruby is seen as a flexible language, since it allows its users to freely alter its parts. Essential parts of Ruby can be removed or redefined, at will. Existing parts can be added upon. Ruby tries not to restrict the coder.
For example, addition is performed with the plus (+) operator. But, if
you’d rather use the readable word plus, you could add such a method
to Ruby’s builtin Numeric class.

Ruby’s operators are syntactic sugar for methods. You can redefine them as well.

Ruby’s block are also seen as a source of great flexibility. A programmer can attach a closure to any method, describing how that method should act. The closure is called a block and has become one of the most popular features for newcomers to Ruby from other imperative languages like PHP or Visual Basic.

Blocks are inspired by functional languages. Matz said, “in Ruby closures, I wanted to respect the Lisp culture3.”

In the above code, the block is described inside the do … end construct. The map method applies the block to the provided list of words. Many other methods in Ruby leave a hole open for a coder to write their own block to fill in the details of what that method should do.

Ruby and the Mixin

Unlike many object-oriented languages, Ruby features single inheritance only, on purpose. But Ruby knows the concept of modules (called Categories in Objective-C). Modules are collections of methods.

Classes can mixin a module and receive all its methods for free. For example, any class which implements the each method can mixin the Enumerable module, which adds a pile of methods that use each for looping.

Generally, Rubyists see this as a much clearer way than multiple inheritance, which is complex and can be too restrictive.

These sigils enhance readability by allowing the programmer to easily identify the roles of each variable. It also becomes unnecessary to use a tiresome self. prepended to every instance member.

Ruby has a wealth of other features, among which are the following:

Other Implementations of Ruby

Ruby, as a language, has a few different implementations. This page has been discussing the reference implementation, in the community often referred to as MRI (“Matz’s Ruby Interpreter”) or CRuby (since it is written in C), but there are also others. They are often useful in certain situations, provide extra integration to other languages or environments, or have special features that MRI doesn’t.

Some of those implementations, including MRI, follow the guidelines of RubySpec, a “complete executable specification for the Ruby programming language”. 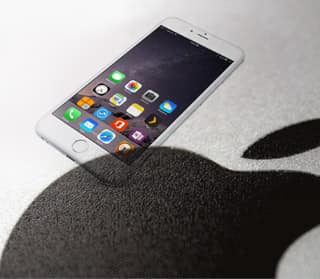